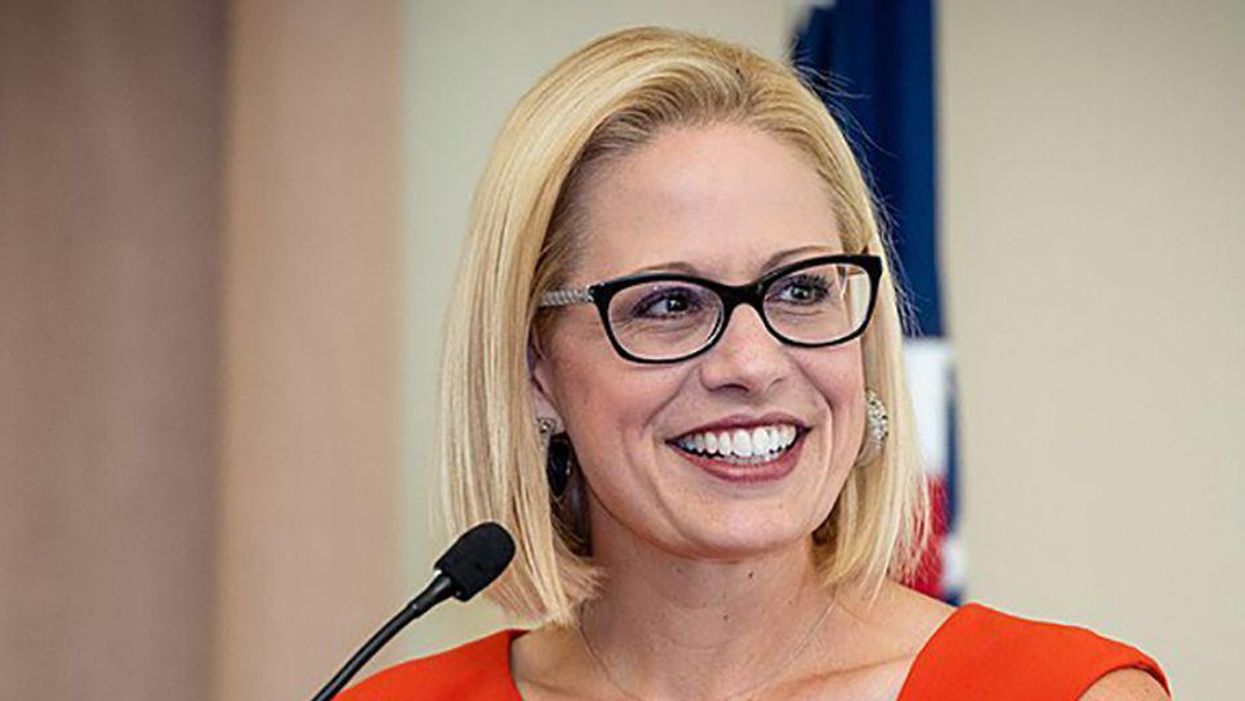 Sen. Kyrsten Sinema of Arizona has reportedly told her Democratic colleagues that she will not support any tax hikes on corporations or wealthy individuals, a stance that could derail the party’s plan to fund its sprawling safety net and climate package.

According to the New York Times, Sinema’s “resistance to tax rate increases” that Democrats have proposed to finance their reconciliation bill “has set off a scramble for alternatives, including a carbon tax, international corporate tax changes, and closing loopholes for businesses that pay through the individual income tax system.”

Democrats can’t afford a single defection in the Senate, a dynamic that gives Sinema and other right-wing lawmakers significant leverage over the reconciliation bill, which is a centerpiece of President Joe Biden’s domestic policy agenda. On top of opposing tax hikes, Sinema has also said she won’t support a package that includes $3.5 trillion in spending over the next decade, a price tag that progressive lawmakers have characterized as a bare minimum.

“This gives away what is really going on in Congress,” Robert Cruickshank, campaign director at the advocacy group Demand Progress, said in response to Sinema’s posturing. “The right-wing Dems are carrying water for big corporations and billionaires who don’t want their taxes to go up.”

The government watchdog group Accountable.US estimates that Sinema has received at least $923,000 in donations from industry lobbying groups that are currently working to kill or water down Democrats’ reconciliation package, which has been dubbed the Build Back Better Act. The U.S. Chamber of Commerce and its leadership boards have donated $448,000 to the Arizona Democrat, Accountable.US found.

“Super-rich corporations have given Senator Sinema nearly a million reasons to vote against making them pay their fair share in taxes,” Kyle Herrig, president of Accountable.US, said in a statement. “Make no mistake, if she sides with her wealthy donors and kills popular investments to jump-start the economy, everyday families—including across Arizona—will pay the price.”

It’s not clear whether Sinema would be willing to tank the entire reconciliation package over Democrats’ proposed tax increases, which would partially or completely reverse elements of the GOP’s deeply unpopular 2017 tax law. Sinema voted against the Republican tax cuts.

According to an analysis by the Institute on Taxation and Economic Policy, House Democrats’ proposal to fund the Build Back Better Act “would result in a tax cut for the average taxpayer in all income groups except the richest 5%.”

On Friday, Biden expressed confidence that congressional Democrats will ultimately approve enough revenue raisers to “pay for” the entire reconciliation package, which is expected to include major investments in green energy, child care, housing, Medicare expansion, and more.

“It is zero price tag on the debt we’re paying,” the president said in remarks from the State Dining Room of the White House. “We’re going to pay for everything we spend.”