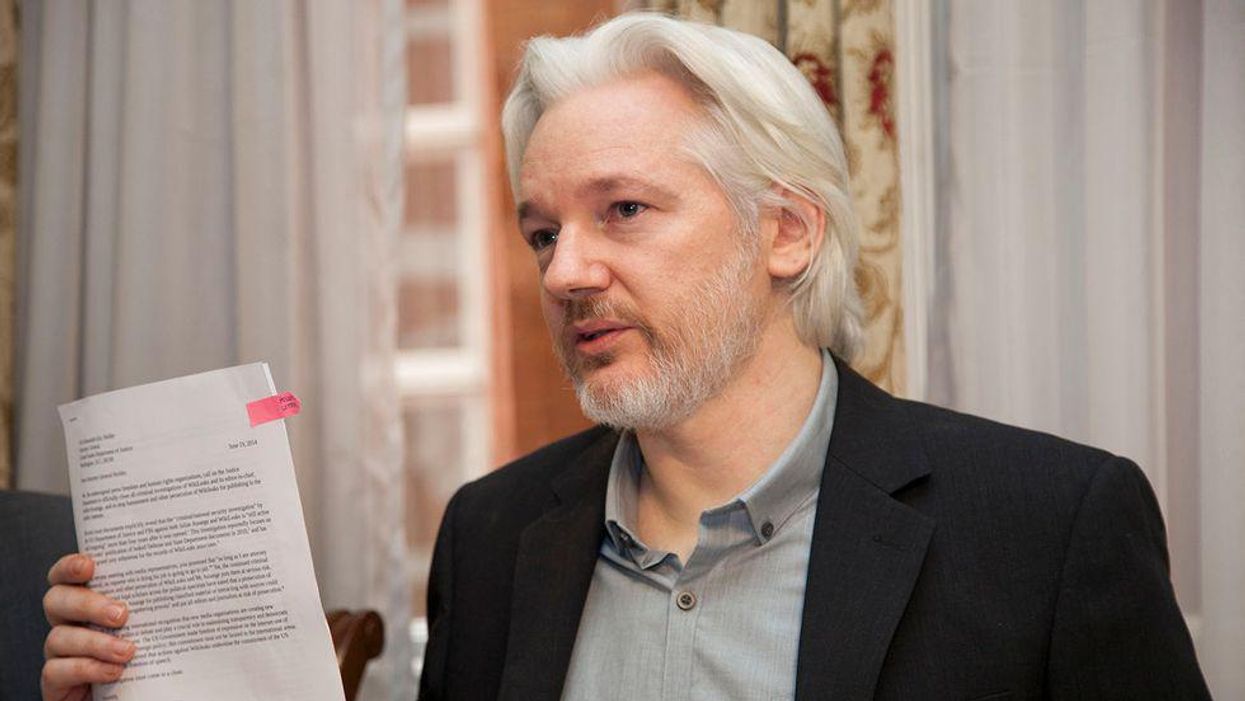 Under the leadership of then-Director Mike Pompeo, the CIA in 2017 reportedly plotted to kidnap—and discussed plans to assassinate—WikiLeaks founder and publisher Julian Assange, who is currently imprisoned in London as he fights the Biden administration’s efforts to extradite him to the United States.

Citing conversations with more than 30 former U.S. officials, Yahoo News reported Sunday that “discussions over kidnapping or killing Assange occurred ‘at the highest levels’ of the Trump administration.”

The conversations were part of an unprecedented CIA campaign directed against WikiLeaks and its founder. The agency’s multipronged plans also included extensive spying on WikiLeaks associates, sowing discord among the group’s members, and stealing their electronic devices.

While Assange had been on the radar of U.S. intelligence agencies for years, these plans for an all-out war against him were sparked by WikiLeaks’ ongoing publication of extraordinarily sensitive CIA hacking tools, known collectively as “Vault 7,” which the agency ultimately concluded represented “the largest data loss in CIA history.”
President Trump’s newly installed CIA director, Mike Pompeo, was seeking revenge on WikiLeaks and Assange, who had sought refuge in the Ecuadorian Embassy since 2012 to avoid extradition to Sweden on rape allegations he denied. Pompeo and other top agency leaders “were completely detached from reality because they were so embarrassed about Vault 7,” said a former Trump national security official. “They were seeing blood.”

Yahoo‘s reporting makes clear that Assange is not the only journalist U.S. officials have attempted to target in recent years. During the Obama presidency, according to Yahoo, “top intelligence officials lobbied the White House to redefine WikiLeaks—and some high-profile journalists—as ‘information brokers,’ which would have opened up the use of more investigative tools against them, potentially paving the way for their prosecution.”

“Among the journalists some U.S. officials wanted to designate as ‘information brokers’ were Glenn Greenwald, then a columnist for The Guardian, and Laura Poitras, a documentary filmmaker, who had both been instrumental in publishing documents provided by [NSA whistleblower Edward] Snowden,” Yahoo reported.

Local American News:   Judge Lifts Temporary Pause On Vaccine Mandate For NYC Teachers, Who Now Must Be Vaccinated By Monday

In a statement to Yahoo, Poitras called the intelligence officials’ efforts “bone-chilling and a threat to journalists worldwide.”

If you’re a journalist, American or otherwise, you need to understand that turning a blind eye to this story moves… https://t.co/8qTIxuzp67

Trevor Timm, executive director of the Freedom of the Press Foundation, said in a statement that “these new revelations, which involve a shocking disregard of the law, are truly beyond the pale.”

“The CIA is a disgrace,” said Timm. “The fact that it contemplated and engaged in so many illegal acts against WikiLeaks, its associates, and even other award-winning journalists is an outright scandal that should be investigated by Congress and the Justice Department. The Biden administration must drop its charges against Assange immediately. The case already threatens the rights of countless reporters.”

You really have to read this entire, well-reported investigation to believe it.

The Trump Justice Department charged Assange with 17 counts of violating the Espionage Act for publishing classified documents, something journalists do often. Despite urgent pleas from press freedom advocates, the Biden administration has refused to drop the charges and continued its predecessor’s attempt to extradite the WikiLeaks founder.

As Poitras wrote in an op-ed for the the New York Times last year, “It is impossible to overstate the dangerous precedent Mr. Assange’s indictment under the Espionage Act and possible extradition sets: Every national security journalist who reports on classified information now faces possible Espionage Act charges.”

“It paves the way for the United States government to indict other international journalists and publishers. And it normalizes other countries’ prosecution of journalists from the United States as spies,” Poitras noted. “To reverse this dangerous precedent, the Justice Department should immediately drop these charges and the president should pardon Mr. Assange.”